Prolixity Julien’s #CBR4 Review #6: The Duke and I by Julia Quinn

Let’s start with a visual, shall we? After all, it is a romance novel and book cover art can be so dull. 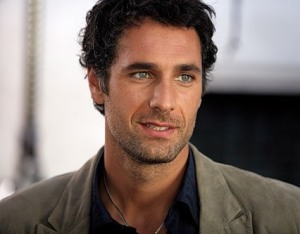 The Duke and I is the first novel in Julia Quinn’s Bridgerton family series. It features Daphne Bridgerton, a young woman in her second season “out”, and Simon, Duke of Hastings, the erstwhile best friend of her brother, Anthony. Simon has been away for 6 years waiting for his father, a complete bastard, to die. He has returned to London to inherit his title and in doing so both accept and reject, as far as he is able, his role in life. Simon attends a soiree at the home of (recurring character) Lady Danforth and runs into Daphne as she tries to quash her only suitor’s advances. Daphne has not had luck with beaux. Men only see her as a friend because, rather than a fashionable flibbertigibbet, she is lovely, grounded, and kind. Now, who would want that? Guess. Simon is attracted to her instantly, but realising she is his best friend’s sister, errs on the side of propriety and backs off. The Fates and Plot Points intervene and the two of them settle into a friendship based on London society’s perception of their affection for each other: He escorts her to balls to deflect the unwanted attentions of marriage-minded women and to simultaneously make Daphne seem more appealing to suitable men by association with him. It works, but of course they fall in love, and, of course, there are obstacles, specifically Simon’s reluctance to marry and carry on his family name. The moment he gives in to his feelings for Daphne, they are caught in a compromising situation and the dance toward the happy ending is set in motion as, of course, they must marry…

While it would seem that I read the best of the Bridgerton, series first, I really enjoyed The Duke and I. Julia Quinn is especially good at the banter I look for in these books and she also manages to create a sense of anticipation in a story with a pre-determined ending. That is no small feat. This novel also had the added advantage of characters having genuine conversations. It doesn’t seem like a lot to ask for, but often romance novel interactions consist of projecting personality factoids at each other and waiting to kiss. Quinn creates believable people; they are beautiful, rich and charming, but at least they seem real enough to let you care about them. Lastly, Quinn is by far the best author I have found for balancing the love and sex elements.

What is with all of the French kissing? As God as my witness, last weekend, I read a kissing description in which the hero licked the roof of the heroine’s mouth. Is that even possible? Was he Gene Simmons? Is that an image you want in your head reading one of these books? Let me answer that for you: No, it is not. Do you remember when you discovered kissing, or, better still, kissed someone you were so smitten with that it was heady, electric, devastatingly swoony, and so many other delightful things? Remember those kisses? These books need more of that. In romance novels, the men are experienced, but the woman are certainly unaccustomed to being kissed. So imagine yourself as an inexperienced and, no doubt, uninformed young woman. You are being kissed by this man, this beautiful man. How much tongue is involved? How quickly? Is he flossing your uvula? These writers use tongue calisthenics to show the intensity of the leads’ connection, but don’t necessarily capture that magical kiss feeling. The racier the novel, the more violent, thrusting (in a “primitive rhythm”), sweeping, possessive, and getting into every nook and cranny of her mouth his tongue gets. There must be a way to describe kissing that is romantic, passionate and erotic, and doesn’t slide into inept erotica.

Posted by Prolixity Julien in Uncategorized and tagged romance

4 thoughts on “Prolixity Julien’s #CBR4 Review #6: The Duke and I by Julia Quinn”