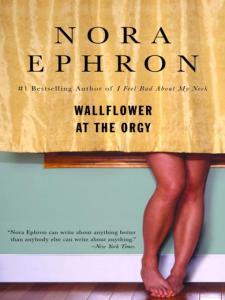 The book consists of a series of essays written by Nora Ephron in 1968 and 1969. Although there were a couple of interesting essays that caught my attention, I don’t think I would have even finished this book if it weren’t so short. The main problem was that many of the subjects felt dated, and without more contemporary explanation of the context of the time and the people, it didn’t work for me. Then throw in a couple of obscure character subjects and some uncomfortably dated rape jokes and I pretty much lost interest.

Read the rest of my review here.