Archive for the tag “Gone Girl” 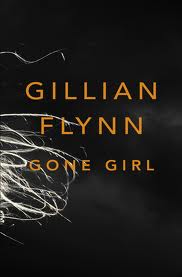 So I have finally done it, on my third try I finally managed to read 52 books in a year. I am glad that I chose Gillian Flynn’s “Gone Girl” to finish off with, it was a great read, one that I couldn’t wait to get back to reading and one that I was sad that it had to end as well. I have already bought a couple more of Flynn’s books for my kindle app and I am looking forward to reading them for CBRV next year.
Ok, so I just had to read this book after reading all the buzz about it on the CBR4 blog. Everyone promised me an engaging page turner with plot twists, intrigue and some fear mixed into the batter as well. I was not disappointed. It is definitely the type of book that you want to go in unspoiled as there are some twists and turns and it is way more fun if you go in blind.

Read the rest on my blog

I’ve read a lot of scary and disturbing books over the years.  Lots of Stephen King, Peter Straub,  Dean Koontz,  Joe Hill, Battle Royale-esque stories, etc.  And I keep going back for more.  I’ve seen — and have enjoyed — tons of horror movies (Eli Roth is one of my brother’s BFFs from childhood, you can see him die brutally in most of Roth’s work. Fun!).  I guess what I’m trying to say is that I guess I’ve become desensitized to the “horror” genre.  And maybe that’s why I think its such a big deal that I found Gone Girl so downright frightening.  I started the book expecting a Dennis Lehane style mystery, and ended up with something much, much different.

Gone Girl has been everywhere for the past few months.  Book clubs.  Online discussions.  Displays at Barnes & Noble.  And before I read it, I knew a little bit about it: a young wife goes missing and her husband becomes the prime suspect in her disappearance.  Told partly in flashback and in journal entries, we get the story of a marriage from both sides.  We also get to see what happens when a news story (like a missing spouse) turns into a media circus, complete with a terrible Nancy Grace-esque talking head, and how the media can sway public opinion regardless of the facts.  I expected and was interested by of it.

What I was not expecting, and ended up being both fascinated and terrified by, was the rest.  This book surprised me more than any other book I can remember reading.  Every 30 or 40 pages, I would completely change my mind about what I think the ending would be and what had happened to Amy (the wife).  Was it handsome husband, Nick?  Or his adorable mistress, Andie?  Or maybe one of the many people who have been accused of stalking Amy over the years?  A jealous neighbor?  A homeless vagrant?  His angry father? Her bizarre parents? Who would want to hurt beautiful, lovely, wealthy, perfect Amy?  And why?

And then, about halfway through, something shifted…and the psychological portrait the story painted of this seemingly normal American couple turned into the scariest thing I can remember reading in ages.  And at that point, I couldn’t put the book down.  I’ll definitely be seeking out other books by Gillian Flynn.  The characters she painted were vibrant and real, and the backstories and details about each of them were fascinating.

I love that this book seems to have fallen into the Sixth Sense/Fight Club/The Crying Game territory, where nobody who has read it is willing to spoil the outcome, leaving interested readers to find out for themselves.

Gone Girl is a twisted psycho-thriller/mystery that is hard to put down once you start reading. If you have heard anything about this novel, you know that very little about the plot can be told without spoiling the story. In short, this is about Nick Dunne and Amy Elliott Dunne. Both professional writers, they meet in New York in the late ’90s, fall in love, and get married. Amy’s parents are psychologists who have written a series of very popular children’s books featuring the character “Amazing Amy” based on their daughter. Amy is wealthy, intelligent and beautiful. Handsome, witty Nick is from a working class midwestern family. His father, now suffering from Alzheimers in a nursing home, was abusive to his wife and twins Nick and Go (Margo). When Nick and Amy lose their writing jobs in the recession and Go tells Nick that his mother is dying of cancer, the couple moves to Nick’s home town, New Carthage, MO. Go and Nick use Amy’s money to open a bar in the struggling town, where the recession has taken a toll. Then, on their fifth wedding anniversary, Amy disappears. It looks like foul play, but there is no body, no ransom note.

The rest of the story really can’t be explained without spoiling it. The plot gets gritty and disturbing as Flynn takes you inside the minds of critically flawed characters and a genuine sociopath. The resolution to the story is downright creepy but brilliant. I remember feeling the same way after reading some of Ruth Rendell/Barbara Vine’s and PD James’ novels, which likewise feature brutal crimes and disturbed but very intelligent perpetrators.

Flynn takes the reader on a roller coaster ride.  You will think you have it figured out, only to be surprised by Flynn’s brilliant plot twists. I like the way she constructs the narrative, alternating between Nick’s point of view in real time and entries from Amy’s diary. One of the side themes in the story is journalism, particularly TV journalism, with its sensationalization of crime stories. Every reporter is trying to get the scoop but brings his/her own prejudices to the story. By the same token, Flynn manipulates her readers’ opinions of characters throughout the book. It can be unsettling, and I loved it. Flynn’s creativity and imagination are stunning. This is an excellent summer book choice.