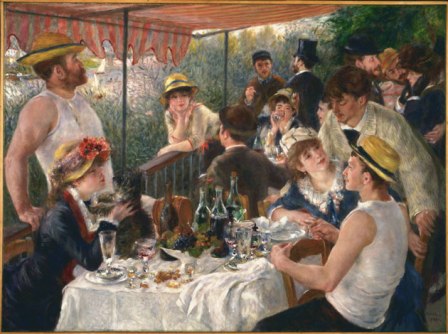 Le Déjeuner des Canotiers by Pierre-August Renoir
(Charles Ephrussi is the gentleman in the background wearing a top hat, with his back to the viewer.)

Another Half Cannonball… Just under the wire!

Author Edmund de Waal is a London-based ceramicist descended from the Ephrussi family, a dynasty of secular Jews who dominated the grain and banking markets in Odessa, Paris and Vienna in the late 19th and early 20th centuries. When his great-uncle Iggie Ephrussi passed away, de Waal inherited a collection of Japanese Netsuke that had been passed down for five generations. In The Hare with the Amber Eyes, de Waal takes readers on a journey with these 264 immaculately carved miniature artworks, originally purchased as a group lot by Charles Ephrussi in Paris, in the 1870s.

The Hare with the Amber Eyes by Edmund de Waal

Silence of the Grave is Arnaldur Indridason’s second novel in the Inspector Erlander Reykjavik Murder Series. I definitely plan on reading more.

The story opens at a child’s birthday party and that is about the only cheerful thing that happens in the entire novel. A bone has been found by some partygoers and when one of the adults identifies it as human, this detective story gets as dark as an Icelandic winter night. Inspector Erlander and his team are brought in to do the detective work as archeologists slowly excavate a burial site in the middle of a new housing development. It is immediately apparent that the grave is not new, so the team must dive into the past of this remote area outside Reykjavik, that during the WWII-era was home to little more than scattered vacation cottages and military barracks for English and American troops.

Silence of the Grave by Arnaldur Indridason 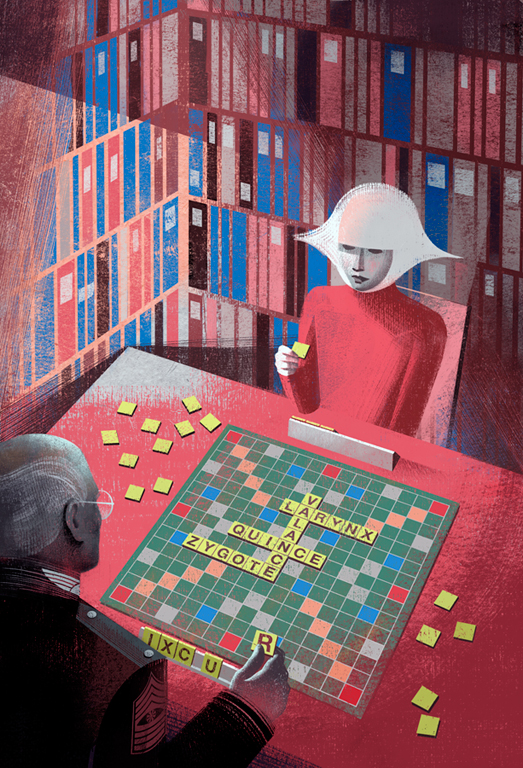 “There is more than one kind of freedom. In the days of anarchy, it was ‘freedom to.’ Now, you’re being given ‘freedom from.’ Don’t underrate it.”
—The Handmaid’s Tale

The first time I read The Handmaid’s Tale by Margaret Atwood, it was just after it was published in the mid-1980s. Thinking back, I remember the book being a quick read, with an interesting take on a dystopian future scenario which depicted a fundamentalist Christian political resurgence born out of the decadent, free-wheeling sexual and economic liberation of the late 20th century. In the story, women are reduced to chattel and are forced into marriage, servitude or sexual slavery by the Commanders of the Republic of Gilead, formerly the United States of America. Education and reading are forbidden, heretics are executed and hung on a wall for all to see, women have no rights and can’t own property and the all-seeing eye of the government is based on fundamentalist, old testament “values” that preserve male superiority and control. I was in my early 20s and proud to have been an active participant in a decade of progress in women’s rights, the firm cementing of women’s choice in health care decisions, growing women’s employment and financial independence (even though it was the middle of the Reagan-era). I thought the allegory made for a good read, but seemed a bit far-fetched.

Hearing recently that two local women got 2000+ people to sign a petition to remove The Handmaid’s Tale (and others) from the suggested (not required) Summer reading list for Senior AP English students at my son’s high school, claiming that it “denigrates Christianity” and contains “pornography,” I was a bit surprised. “Wow,” I thought to myself, “I don’t remember anything about that book being even remotely steamy.” I did remember the repressive, puritanical regime and at the time I first read the book, I thought it pushed the envelope of possibility. Thinking about it again, in light of the most recent attempts at reigniting the so-called “culture wars,” in particular this small skirmish here in my own neighborhood, I wondered how I would feel about it today. So, I did what too often isn’t done in these situations: I downloaded a copy from the library to my Kindle and gave it a re-read.

The Handmaid’s Tale by Margaret Atwood

Apparently I am not alone, click the image for another, more comprehensive review of why The Weird Sisters was so bad.

Looking at the reviews of The Weird Sisters by Eleanor Brown, I feel a little out of sync. It seems like everyone who read it, loves it and I most definitely did not love it. I did not like the three sisters, I didn’t like their parents and I most definitely did not like the choral voice of the narrator, since I was constantly trying to figure out which “sister” was doing the narrating when speaking about “our” experience.

The Weird Sisters by Eleanor Brown

Posted by mrssmithreads in 1 star - a book you didn't like and tagged dysfunctional families, Eleanor Brown, fiction, Mrs Smith Reads, The Weird Sisters

Performance art. It’s a tough gig. Most people don’t get it, even fewer ever see it and it requires pretty dramatic situations for performance events to even get noticed. The Family Fang is all about performance art and the unfortunate consequences that occur when the children of performance artists become part of the experience without their consent and often without prior knowledge that “art” is happening.

The Family Fang by Kevin Wilson 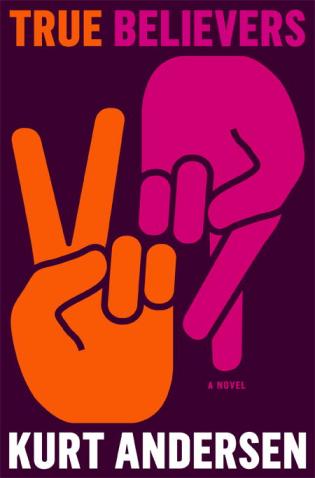 I wanted so badly to love True Believers. I’ve liked Kurt Andersen since the old Spy days, and I adored Heyday, so my expectations were high. I guess True Believers is a near miss. It has an intriguing premise, but the main characters were weak and I felt the entire narrative was grasping at straws to prove that Boomers are still worthy of our interest and continue to make revolutionary contributions even as they reach their Medicare years. It’s cool to know what LARPing is or to have innovative positions on creating peace in the Middle–East, but the fault in this saga is that staying relevant isn’t heading out on a bus to protest a G20 summit with your granddaughter, it’s owning one’s beliefs and staying true to deep convictions, even as they evolve over a lifetime—being a true believer, not a role-player.

I’ve decided that Alif the Unseen will be the book that everyone reads next year. I don’t mean that as a back-handed compliment either, I think it’s a great story that’s easy to follow, has very interesting characters, a smidgen of magic and even the Internet-hacker aspect of the narrative is effortlessly accessible, whether you’re 14 or 49.

I enjoyed the heck out of Alif the Unseen. G. Willow Wilson has written a magical mystery tour of life, the internet and everything, both seen and unseen. Wilson, best known as a graphic novelist, is an American who converted to Islam while attending Boston University. She deftly handles Islamic sensibilities and culture in a way that feels comfortable, and even familiar to western readers.

The protagonist, who goes by the handle Alif—the first letter of the Arabic alphabet, and a play on the 1s and 0s of his coding life—is half arab and half Indian. Alif lives in an unnamed Emirate state, a place where his life is invisible to many, not only because of his mixed-race heritage, but also because he works as a grey-hat hacker who helps others evade the Internet security forces who retain tight control of all information flowing into and out of his country. 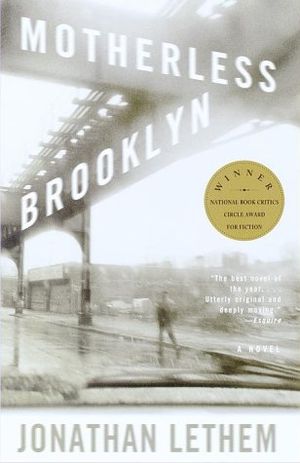 Motherless Brooklyn is a detective story with an interesting detective and a not so interesting story. There is something very endearing about Lionel Essrog, the story’s main character. Lionel, or Freakshow, as his friends call him, is an orphan and he suffers from Tourrette’s Syndrome. Jonathan Lethem does a remarkably credible job of explicating the running inner dialog, the tics and touches and the frustratingly uncontrollable exclamations that constantly ruin Lionel’s ability to blend in with Brooklyn’s Smith Street crowd. 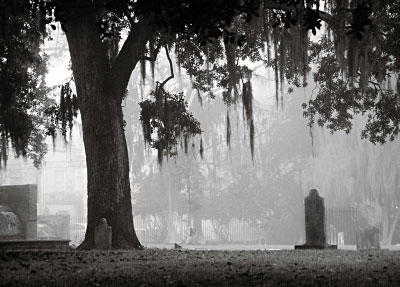 I’m pretty sure I’ve read most, if not all of the Scarpetta novels over the years, so when Red Mist was sitting on the coffee table at the beach house we were staying in last week, I just picked it up and dove in. The good thing about these stories is, Patricia Cornwell does a pretty good job of reminding readers of the general details of what happened in the last one and getting readers caught up with current events. Within a few pages I knew I had read Port Mortuary, and I was reasonably caught up with the story where it picks up, so, on I went.

When telling the story of Edith Minturn Stokes and her equally elegant husband I. N. Phelps Stokes, it’s hard to know where to start. They were honestly a real-life Edith Wharton couple, born heirs of New York’s 400, growing up in gilded-age extravagance, wanting for nothing, yet instilled with Progressive values that would be the beacon of their lives to the end of their days together.

Love, Fiercely tells the story of entwined childhoods, marriage and missions and reads like a drawing room romance, full, in equal measures of grace, pleasure, art, passion and intelligence. As a couple, Edith and Newton are both the colloquial archetype of the 1% of an earlier age, and yet singularly representative of the best that age had to offer.